On the morning of May 15, 2022, we had our first breakfast drive event of the year, and drive we did! It was the first time since June of last year that we drove a route with a planned destination, and it was the first time since our static Cars & Coffee soiree of August 29, 2021, that we got our little group together. The weekend forecast was not favorable, although threats of actual rain were called off for Sunday morning. Nevertheless, the day dawned foggy and humid, which likely contributed to a light turnout of five vehicles.

We five met at our usual spot in front of the Mahwah Sheraton, and Larry did an excellent job of planning a route north through New York a bit before we dipped back into New Jersey, finally getting on Route 513 South which comprised the majority of the miles driven. Our destination was the same as last June, the Red Hut Diner on Route 46 in Rockaway, NJ.

We sat outside under a tent, although we needed it neither for shade nor water protection. It was quite comfortable outside, and we chatted about our favorite subject as usual: pencil manufacturing the car hobby.

Our waitress did an outstanding job ensuring that coffee cups never ran dry, and since we were the only patrons at the outside tables, they didn’t rush us out of there. Contrary to a forecast which predicted sunnier skies as the day progressed, we began to see dark clouds roll in, which kept the convertible tops of the Alfa, Porsche, and Miata in their raised positions.

It’s difficult to believe that summer is but five weeks away; our hope is to get at least one more event on the calendar before the longest day of the year brings unbearable heat with it. We’ll work on that schedule while we hope for a larger turnout next time. 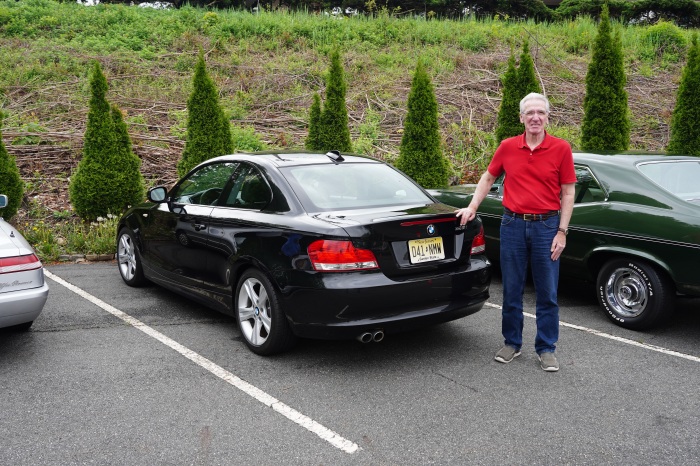 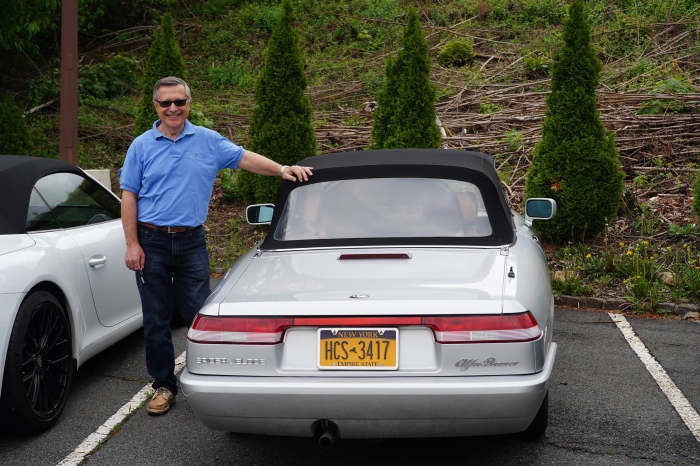