After ten dynamic years working as a field representative for VCNA (Volvo Cars North America), during which time a company car was a business necessity, in 2006 I was transferred back to headquarters. Part of the initial discussion with my new management team centered around transportation, and I was assured that engineers in Product Engineering such as myself would have a Volvo test car as a component of performing their job.

That lasted about six months. The mid-aughts were a tough time for Volvo: our owners, the Ford Motor Company, paid little attention to us, money was tight, Volvo’s sales had nosedived, and cutbacks were sought everywhere. Around this same time, my mother was considering new wheels for herself. Her 1990 Volvo 740 was in great shape, but she thought that one final new car would be a nice treat. She visited Volvo of Princeton, the dealer which had been regularly servicing her 740, and bought a brand new 2006 S60 sedan. (She surprised us all by picking a bright red one, and yes, it was her final car.)

We didn’t even request a trade appraisal; instead, needing wheels once my company car was yanked, I bought the 740 from my mom and turned it into my daily driver. At that time it had around 190,000 miles and was in impeccable shape for its age, as my mother garaged it every night. Despite frequent dealer servicing, there were a few mechanical needs to which I attended. Cosmetically, the dark grey bumpers had faded to something approaching white. I bought SEM bumper paint, removed both bumpers from the car to avoid overspray, and repainted them. I was quite pleased with the result. I also found a nice set of Volvo alloys on Craigslist, and used the factory steelies for winter tires.

I drove it for about two years, and when I spotted an ad on a bulletin board in Rockleigh for a 2003 non-turbo V70 with a stick shift, I grabbed that and sold mom’s old 740.

Recently, while rummaging through some digital files, I came across the photos I had taken for the ad for the 1990. I had not seen these pics in a while, I was struck by how clean the car was. It had 210,000 miles on it when I sold it, yet had original paint which still gleamed. The ad I wrote noted that the only defects were a sagging headliner, an inoperative power antenna, and a non-functioning digital radio readout. I asked for, and got, $3,000 for the car. 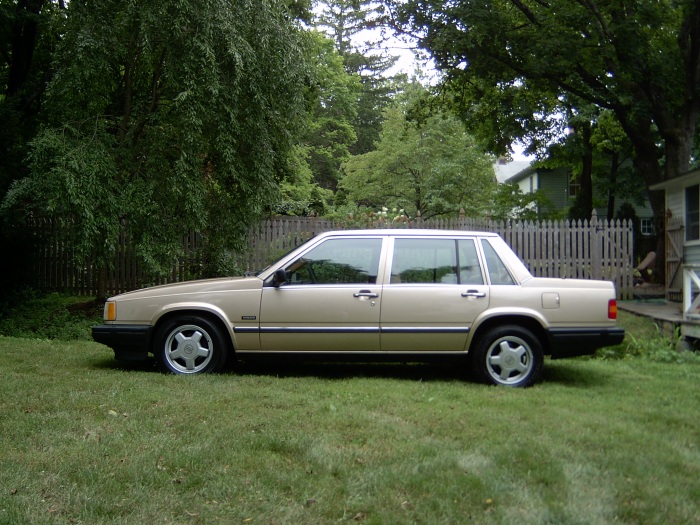 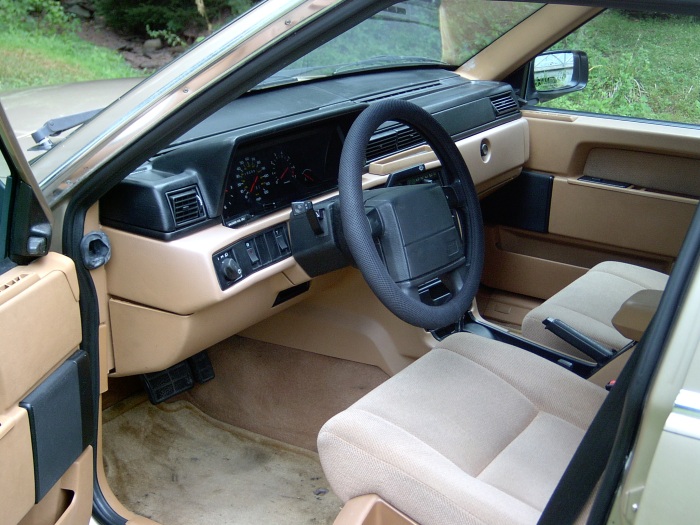 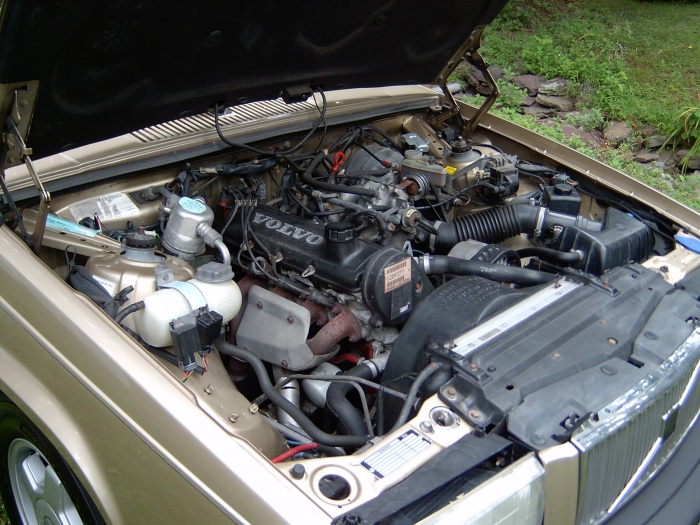