The Neshanic Station (NJ) combination flea market and car show was held on Saturday July 16, 2022. As this show is all but three miles from my house, my Alfa Romeo and I were there. Last year, its inaugural season, I was able to make it there four times. This year’s visit was my first since July 17, 2021, making almost a year to the day since I last attended. 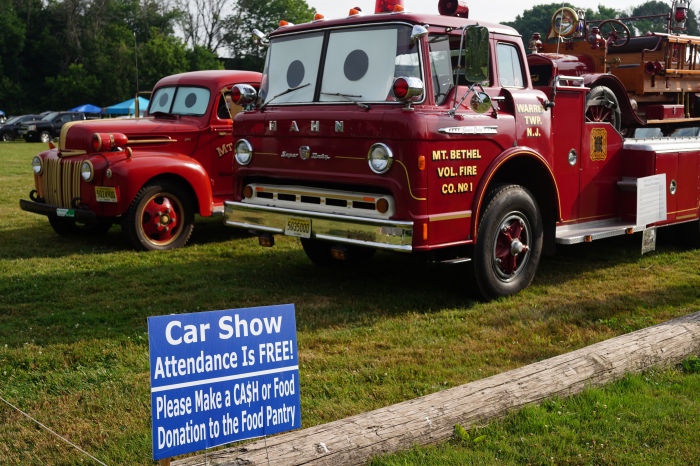 It was warm, but not unbearably so, when I arrived a little after 8 a.m. There were already about a dozen cars parked on the field, and about a dozen more arrived after I did, so the turnout was very respectable. Last year, the show organizers tried hosting shows twice a month. This year they have been keeping to a once-a-month schedule, but a change for 2022 is the addition of a trophy for “best car”. Not sure what the judging criteria is, and I left before any winners were announced. If the possibility of a trophy or some other prize helps encourage participation, I’m all for it. I just don’t need something else collecting dust on a shelf.

In addition to the usual domestic machinery, there were a few of those funny foreign cars on display, and I made acquaintances with their friendly owners. Anthony drove down from South Orange (about 45 minutes away) in his Bertone X1/9. (If you’re unfamiliar, when Fiat left the U.S. market in the early 1980s, Bertone took over production of the Fiat X1/9 and imported it with Bertone badges in place of the Fiat emblems.) His was a little crusty around the edges, but he proudly showed me all the maintenance and repair work he’s undertaken since he bought the car. I got the impression that this is the first car on which he’s ever wrenched, and he attributed helpful YouTube videos to providing the needed knowledge. I was impressed with his nerve, cleverness, and ingenuity, especially given that he’s working on a car that went out of production over 30 years ago. 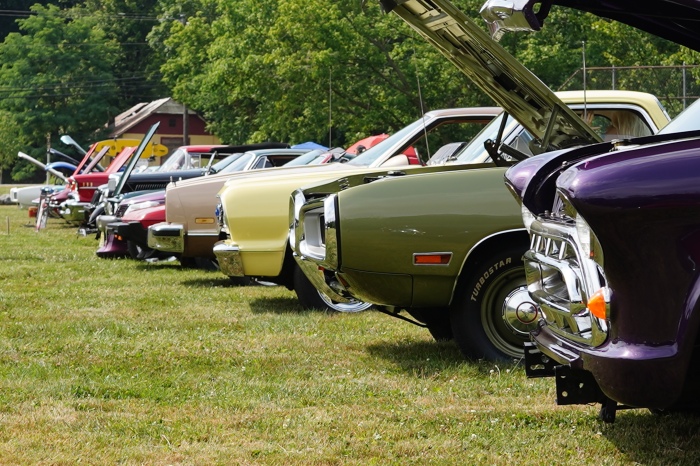 Joe was a bit more local; he drove over from Bound Brook in his 1970 Datsun 240Z, the first year for this pivotal sports car. He had recently completed some major restoration work, and the car looked great. As we were talking, he let it be known that he also has a Volvo 122 station wagon, and he said he actually prefers driving the Volvo over the Datsun. In either case, his love of smaller import machinery was most obviously made when he described how much he loathes driving his wife’s GMC SUV!

I left the show field close to 11 a.m., yet I was not the first to depart. The size and variety of the turnout gave me the impression that the show organizers were having a great day. I hope to attend several more times this year before the season winds down.