HERSHEY! For old-car enthusiasts, that one word is all that needs to be said. Its official name is the Antique Automobile Club of America (AACA) Eastern Fall Meet, held every October, but we know it simply by the town which has hosted it since the early 1950s. This 5-day event takes over all of Hersheypark’s paved lots, and encompasses a flea market, car corral, and AACA-judged car show.

SHOW CARS ARE ARRANGED BY CLASS:

With one exception, and that for a business trip, I haven’t missed Hershey since 2002, and have attended on and off before that, going back to my first visit in 1980. It not only represents the unofficial end of the collector car show season; it has become the highlight of my automotive year. Typically, I’ll come out Thursday morning and stay through Saturday afternoon. The first two days are spent wandering the flea market and car corral, and Saturday of course we’re all at the big show. This year was especially outstanding: the weather was close to perfect on Thursday and Friday, and although Saturday was cloudy and cooler, it was still pleasant to be outside (and not staring at a screen).

There was nothing in particular on my shopping list this year; sometimes it’s enough to walk the aisles and take in the ambiance. I did end up purchasing a few items from Eastwood, and succumbed to my weakness for printed material by purchasing a book entitled “GM: The First 75 Years of Transportation Products”. This hardcover 223-page tome was a giveaway to GM employees, and had never been offered to the public. My copy even included the letter addressed to “Dear GM Employee” and signed by Roger B. Smith. With beautiful full-color photos courtesy of Automobile Quarterly’s archives, it was a no-brainer at a measly $5.

While there were some empty spots among the flea market vendors, attendance seemed good, people were pulling out their wallets to make purchases, and many languages besides English were overheard. It’s reassuring to know that Hershey continues to attract an international audience. 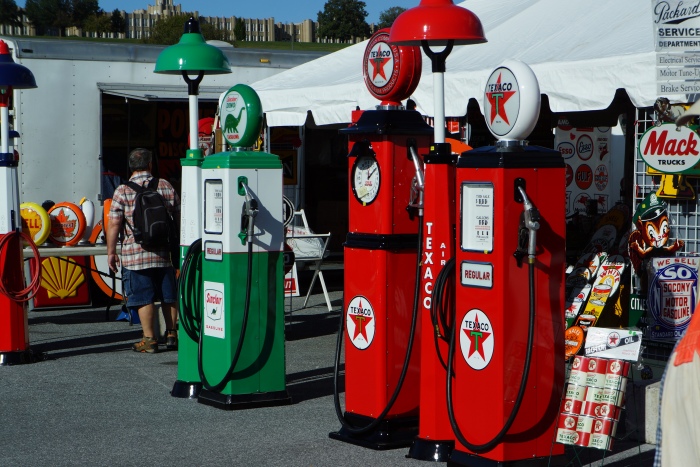 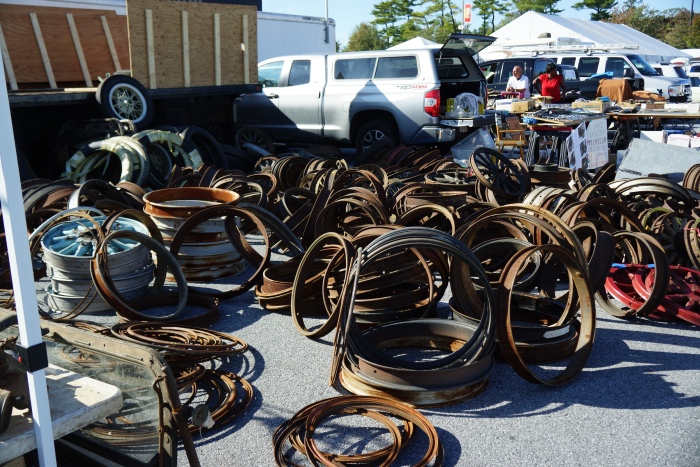 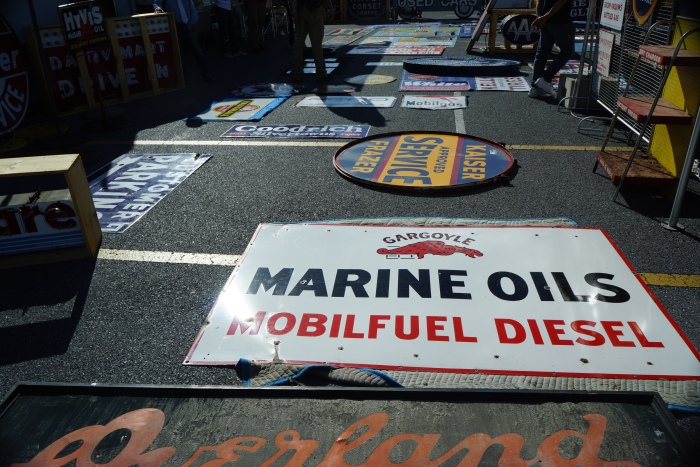 The car corral was unimpressive this year. There was a dearth of cars priced under $20,000 or so, and worse, many of the cars in the corral had been here in 2018, with no change in the asking prices! Do people put cars in the car corral to sell them, or to give themselves a way to park on the show grounds? (Don’t laugh, I’ve had some club members actually admit that to me.) 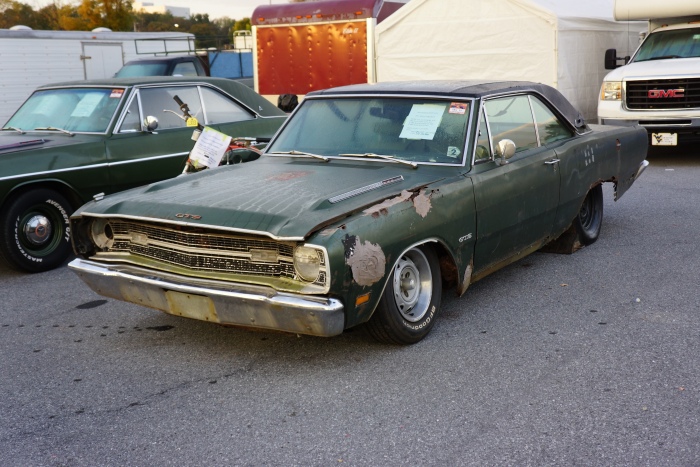 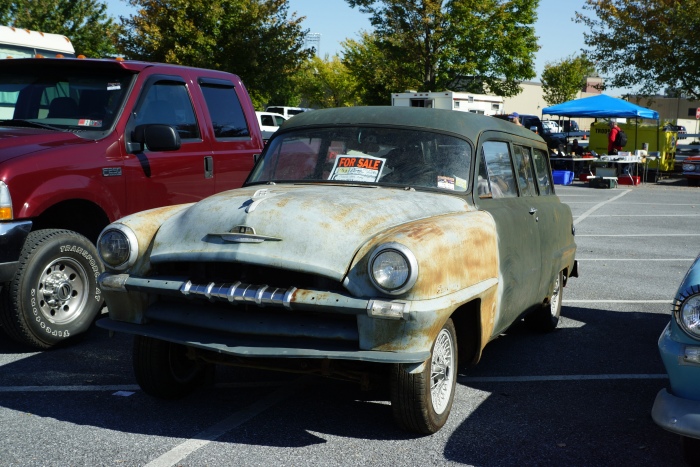 The Hershey Highlight continues to be the chance to watch the parade of show cars as they enter the field. By AACA rules, show vehicles (except race cars) must be driven onto the show field under their own power. Ever since rally brother Steve and I accidentally discovered this many years ago, it’s been a must to arrive by 7 a.m., and find a suitable vantage point. I tried a new spot this year which provided unobstructed views. The only problem was that it was a stretch of asphalt that allowed speeds somewhat above a parade crawl, and that made for some tricky photography.

If you’ve been to Hershey, you can relate, and you have your own stories. If you haven’t been, and you consider yourself to be the least bit interested in classic cars, then it’s a must for your bucket list. You could visit only for a day; however, even the healthiest among you could cover about 50% of the flea market/car corral at best. If you attend only for the Saturday show, be aware that most vendors have closed up by Friday afternoon. Whether you attend for one day or the entire week, Hershey continues to provide proof that the collector car hobby remains vibrant.

DETAILING IT FOR THE JUDGES: 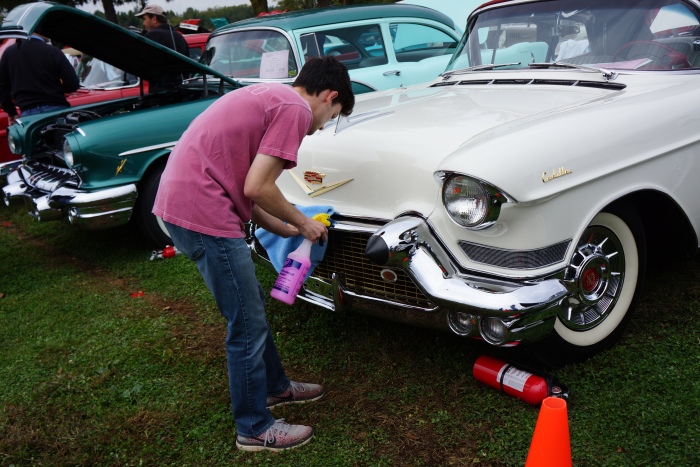 Below, please enjoy photos of the show cars as they paraded in on Saturday morning. 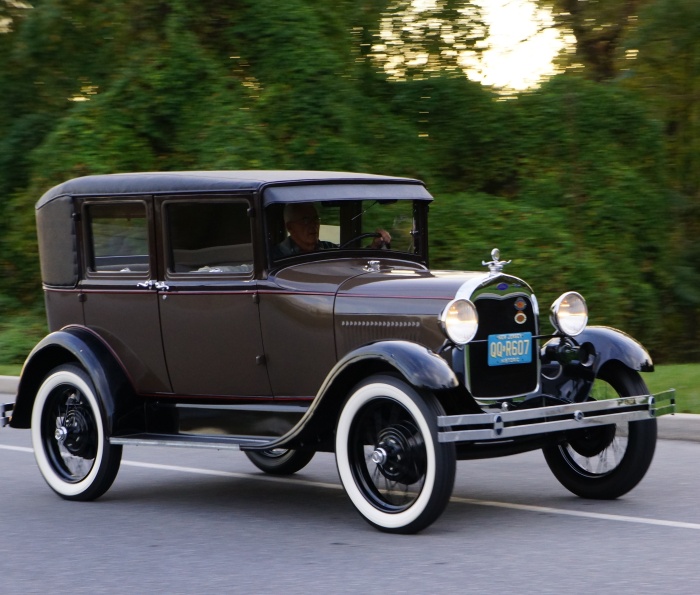 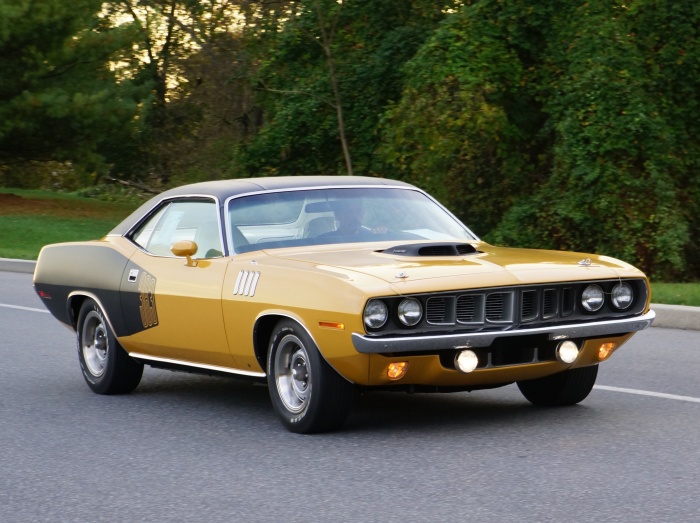 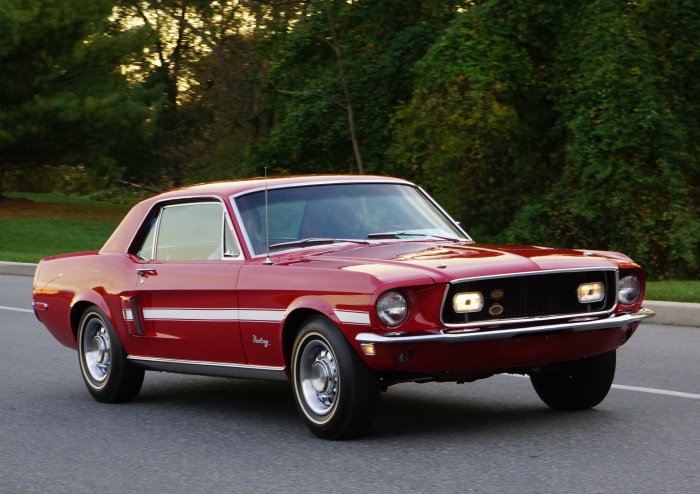 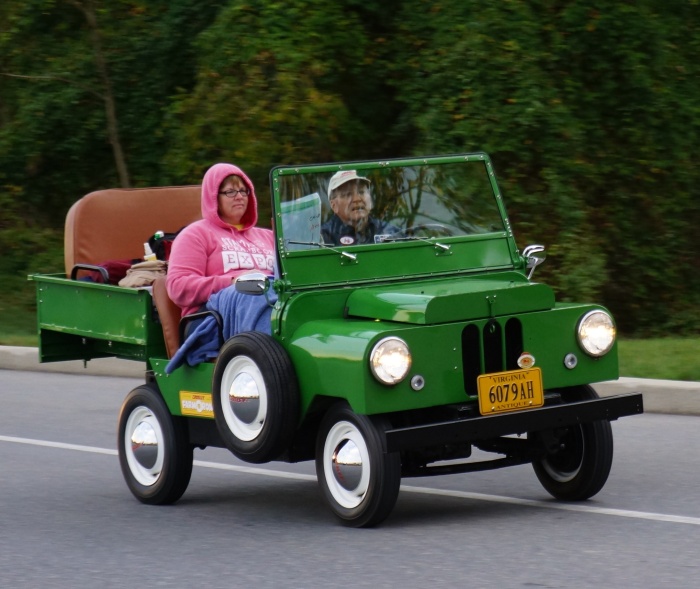 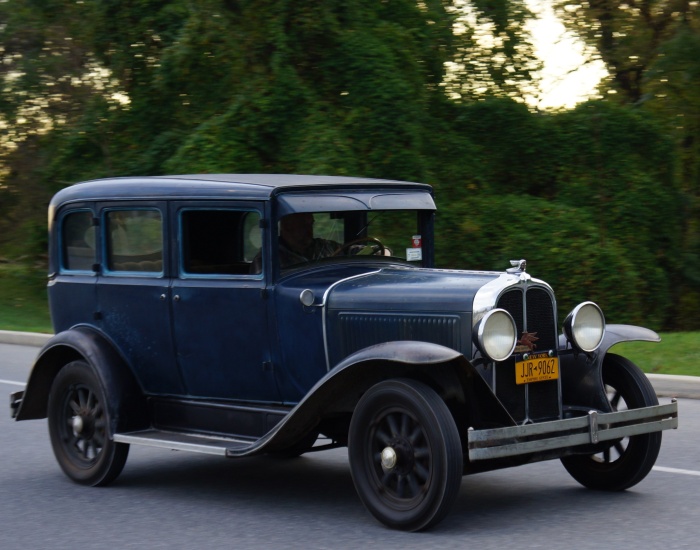 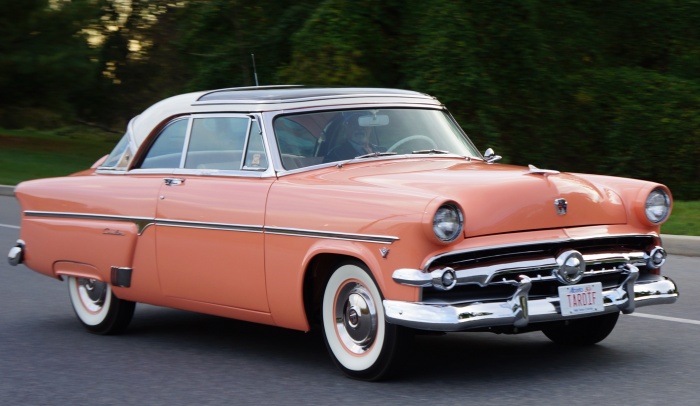 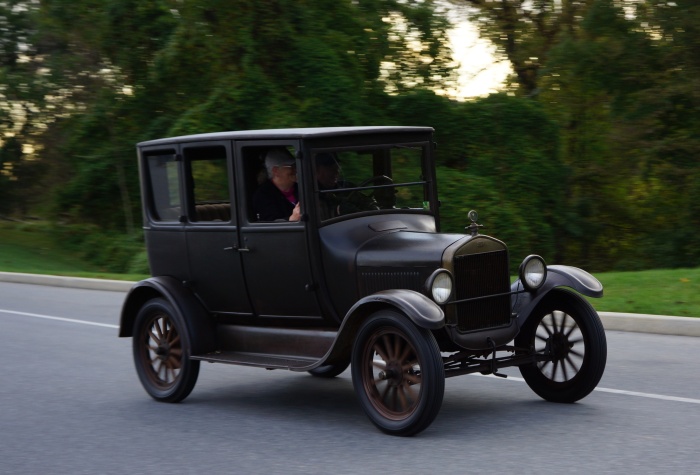 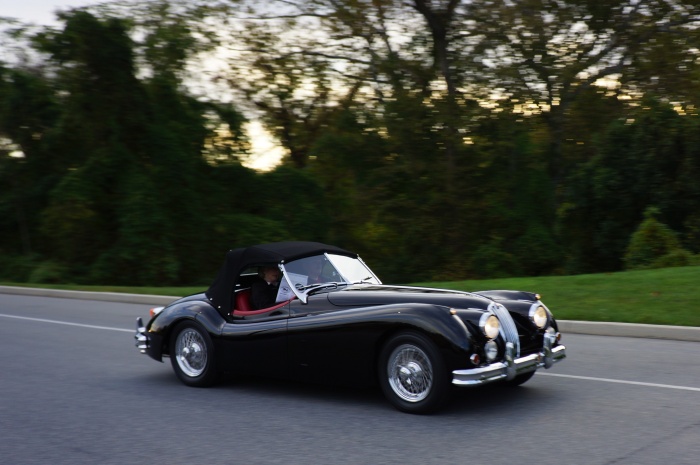 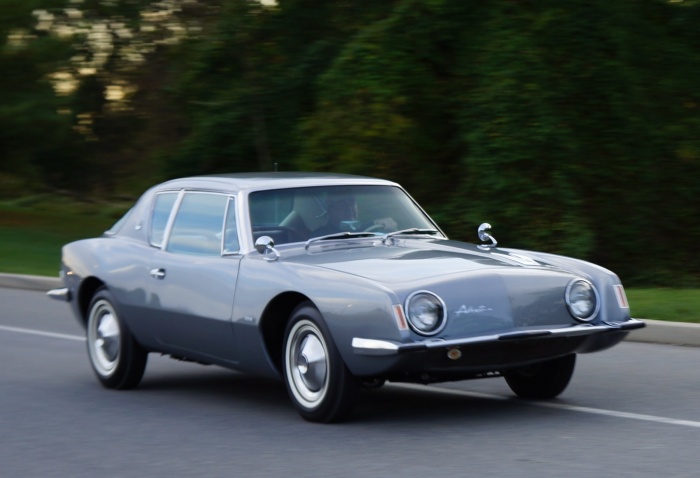 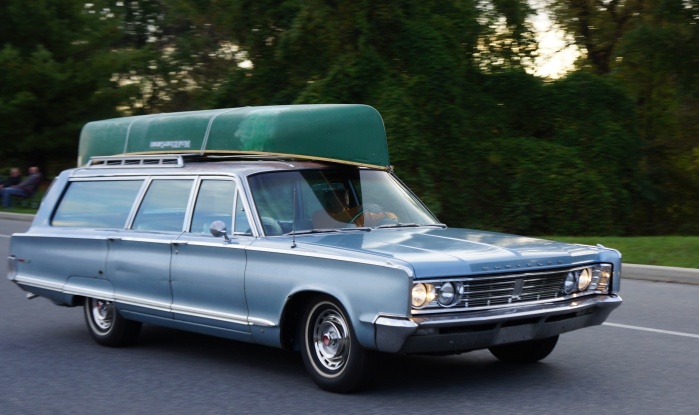 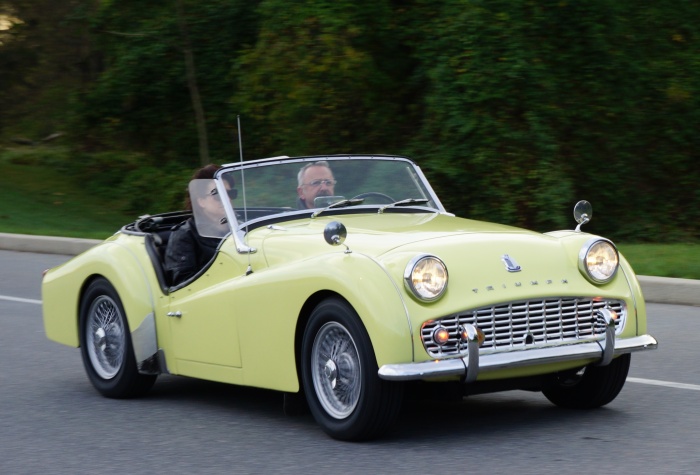 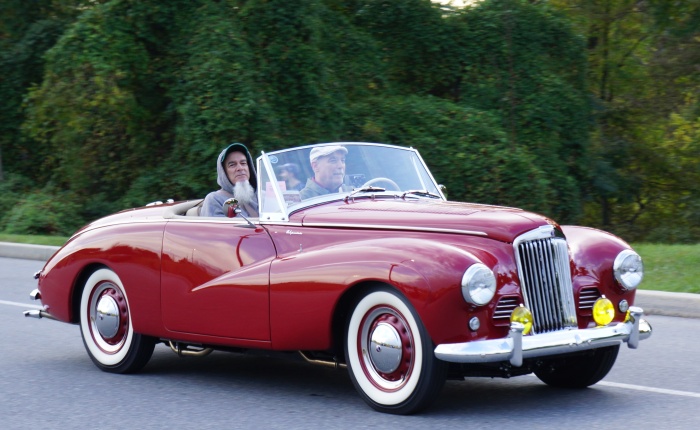 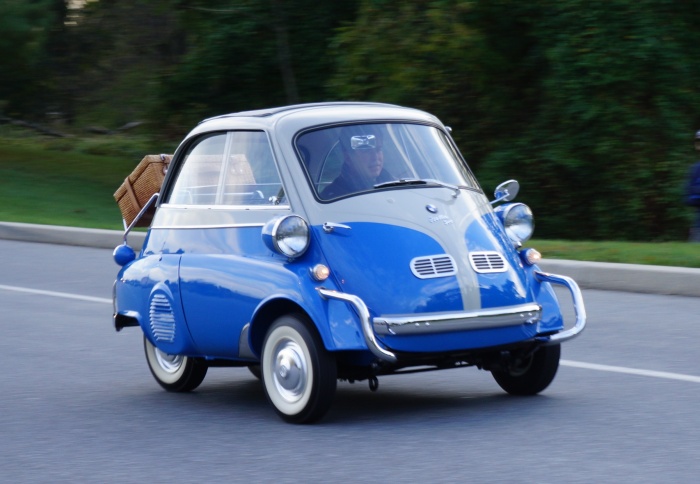