The 2017 edition of the Greenwich (CT) Concours d’Elegance marked the 22nd consecutive year for this prestigious event held every June in Roger Sherman Baldwin Park, situated along the harbor in Long Island Sound. As has been the custom, the two-day show features domestic makes on Saturday, and imports on Sunday. Compared to other shows in the Northeast, the Greenwich show stands out for its garden-like setting; its manageable size of about 120 cars; and its high standard of presenting top-notch automobiles.

A longstanding rule for the Wennerstroms, family chairpersons of the Concours, is that any car shown at Greenwich must wait four years for a repeat showing. Your scribe showed his 1967 Alfa Romeo here in 2013, so the car became eligible again this year. Still, one must “apply” in order to be accepted, and my vehicle was readily granted entry.

It was an easy 1.5 hour ride on Sunday morning to the park, with a brief stop along the way to pick up my friend Enzo, making his first foray to this Concours. Unlike almost every other show, where attendees pay an entry fee, Greenwich accepts entrants without charge, AND, provides each owner plus a guest with breakfast, lunch, wine, and a harbor boat ride. The gate fee (which I understood to be $40 this year) supplies the cash for the goodies, as well as a substantial donation for the Americares charity.

Another nicety: cars are arranged in circles, facing outwards, making for a unique and accessible way for attendees to view the wares. We were in Circle G, which I anointed the Etceterini Circle. We were kept company by Swedish, Czech, French, Japanese, German, and other Italian cars (in other words, “cars which did not otherwise easily fit into other circles”).

Other groupings were large enough to represent a single marque: Ferrari, Porsche, Bugatti. British cars (Jaguar, Aston Martin, MG) had their own circle, as did high-end Italians other than Ferrari (Maserati, Lamborghini, Iso). In fairness to the organizers, groupings depend so much on numbers and makes of vehicles, and only so many cars can fit into one “group”. The good news is, the show is small enough that you can walk around and see everything in a few hours.

Two other unique elements: first, new cars are on display. Vehicle manufacturers and local dealers lure the crowds with beautiful new machinery. This year, we were treated to the sights of BMW i8s, Alfa Romeo Stelvios, Maserati Levantes, plus Teslas, McLarens, Lincolns and Cadillacs.

Second, Bonhams held a classic car auction on-site on Sunday, about the sixth or seventh consecutive year for them to be at Greenwich. A large tent is erected at one corner of the park to hold all the auction vehicles. The trend toward barn-finds continues. We saw a Series I Jaguar E-Type roadster which, based on a windshield registration decal, was last on the road in 1975. The car appeared to have been stored top-down in a dusty barn since then. At the other extreme, there were some beautifully-restored vehicles which deserved top dollar. A limiting factor is that the tent precludes the possibility of driving cars across the block. Better do your homework before you raise that paddle.

While the day dawned sunny and dry, the forecast promised wetness by early afternoon, and unfortunately, said forecast was accurate. By 2pm, a gentle shower enveloped the field, and we headed out. While there was no award for the Alfa this year, the car continued to draw its fans, most of who cannot believe that they are looking at an unrestored 50-year-old car with original paint. Its owner will maintain that paint as best he can in hopes of returning to Greenwich in 2021.

The Bugatti Owner’s Club showed up in force, resulting in a significant number (a dozen or more) of these rare French cars on display together. Given their racing history, it is also not surprising to see a higher percentage of unrestored original cars. 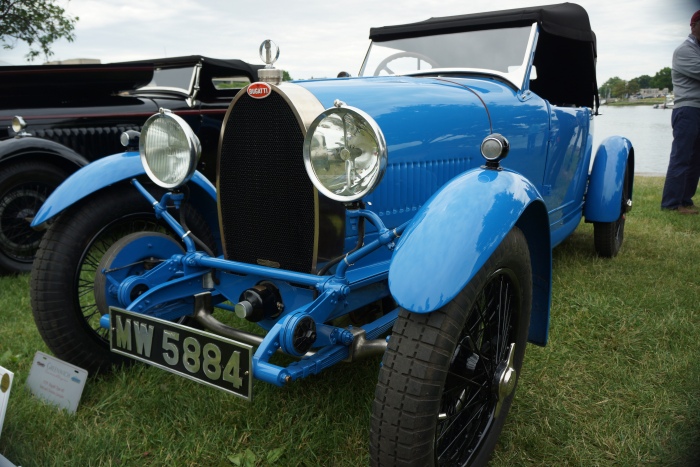 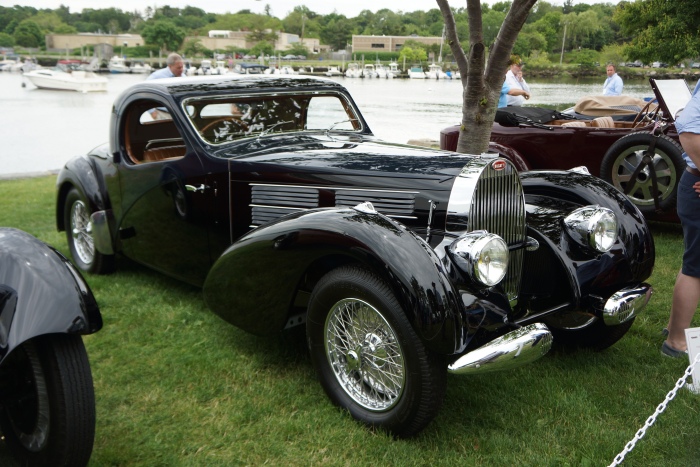 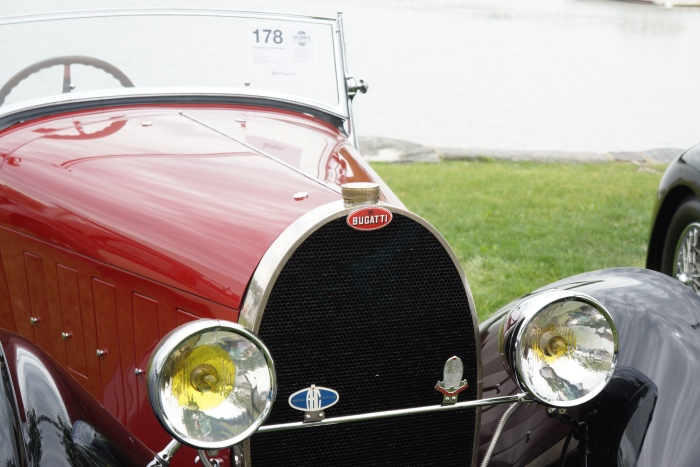 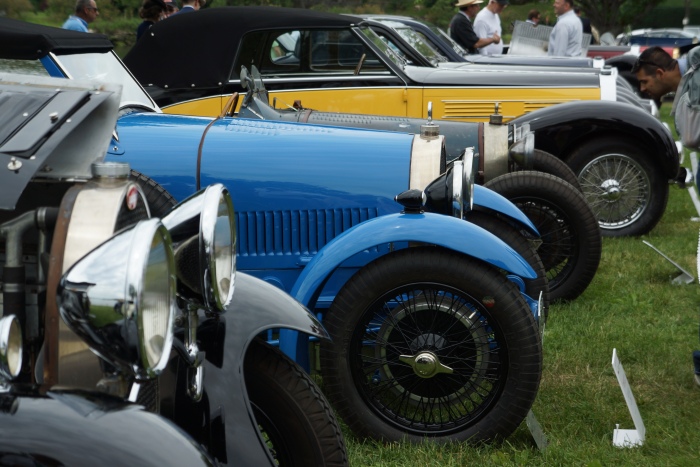 All photographs copyright © 2017 Richard A. Reina. Photos may not be copied or reproduced without express written permission.

6 thoughts on “The 2017 Greenwich Concours d’Elegance”